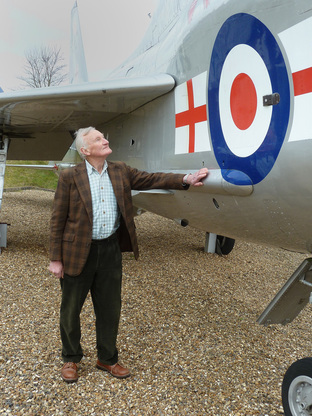 Whenever I see an old aircraft (usually acting as a gate-guard) I check my log books to see if I had come across it before.  Surprise, then, when I looked for XS420 to see that it had been the first T5 I had flown.  That was on 24 January 1969 at 226 Operational Conversion Unit (OCU) at RAF Coltishall.  I had been an instructor at 226 OCU in 1963-64 when the unit was equipped with Lightning T4s and F1s. During my time with the unit, it moved from Middleton-St-George to Coltishall.  I then went to Staff College and did a tour in MOD, and was well out of flying practice when I was posted back to flying in 1969.  So, I firstly did a refresher course on Jet Provosts at Manby and then moved back to good old Coltishall to refamiliarise with the Lightning.  The OCU was organised into 2 squadrons:  1 Squadron flew T4s and F1As to teach general handling skills while 2 Squadron used T4s, T5s and F1As to teach radar/armament handling.  So it was with 2 Squadron, 226 OCU, that I did some radar exercise flights in XS420.  These exercises (Radexes) consisted of running simulated attacks against other Lightnings acting as targets.  Doesn't sound very exciting now, but I remember that they were quite difficult, not least because the radar readout was on a small, poor quality B-scope.

Ken has very kindly sent an extract of his log book which details his flight in XS420 on 24 January 1969. 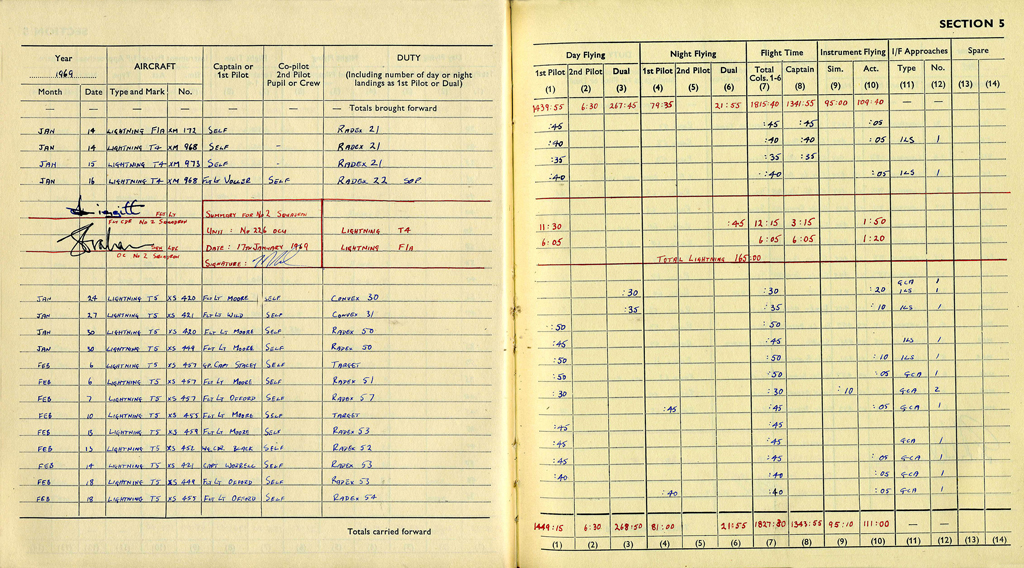