In total, 280 Lightnings entered RAF service, of which 76 were lost through crashes or damage, resulting in a write-off. XS420 was lucky not to join the above casualty list when on 31 January 1973, the aircraft suffered an aborted take-off which could have ended her flying career.

On this day, the aircraft was crewed by Captain Gary Catren USAF and Flight Lieutenant George Smith. There was nothing out of the ordinary with the take-off run until 140 knots was reached. An indication was given to the pilot that No 1 reheat had failed. Notwithstanding this, Captain Catren elected to continue with the take-off by selecting 100% cold power on No 1 while at the same time pulling back on the stick to raise the nose wheel. Upon reaching 155 knots, the nose wheel still refused to lift, and the pilot had the impression that the aircraft was not accelerating in the usual way. With just 1,500 yards of runway left, Captain Catren decided to abort the take-off.

What happened next is open to debate, but Flight Lieutenant Smith thought he heard Captain Catren say the word chute, or it could have been another expletive! However, the chute was pulled slightly before the reheat was cancelled, which set it on fire considerably, adding to XS420's predicament. Despite braking, the aircraft hit the runway barrier at around 100 knots and did not come to a stop for a considerable distance. She ended up with her nose wheel buried in the ground, although both crew walked away unhurt. It would take nearly eight months for repairs to be completed with Cat 3 damage sustained in the incident.

It was considered that the use of flap on take-off might have contributed to the incident when it was found a lot of back pressure on the stick was needed to get the nose wheel to lift. It was also considered that the loss of No 1 reheat but with No 2 reheat (upper engine) still operating would have produced a slight nose-down pitch, enough to stop the nose wheel lifting.

The above was not to be the end of XS420's misadventures. On 20 March 1978, she had a tail scrape that resulted in Cat 3 damage. So, all in all, it's great that she is still here and in one piece following these two incidents in her service career. 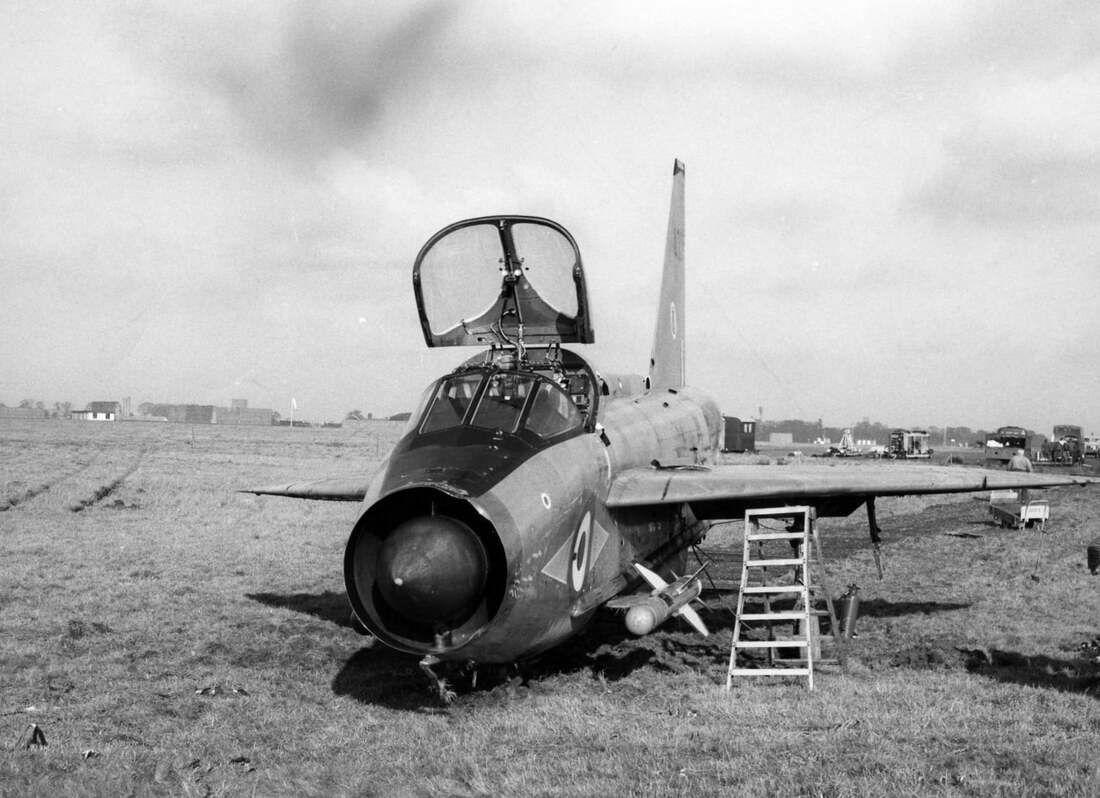